Enables Saudi billionaire, of buying the house where he spent the former US President John F. Kennedy, his childhood in London; where his father served as US ambassador to the United Kingdom in the late thirties of the last century. The Web site, “Standard” British –  news trade and sale real estates – that Kennedy Reality family home in “Princess Gate” street area “Nayatsberg” British London capital, overlooking fronted the “Hyde Park” garden Full – is the most expensive property in the British capital, The price is estimated at 300 million pounds.

According to the plans submitted by the Saudi owner of the amendments that will be undertaken at home, it is expected that the house includes a ground floor basement, swimming pool Olympian, and a swimming pool another for children, Jacuzzi, kitchen, store for drinks, and the garage is enough for four cars. The ground floor  will include a formal living room and dining room, and the Chamber office, lobby. The first floor will include a large reception room, stretching the entire length of the house and confronted. It contains the last turn of the seven bedrooms, kitchen, children’s play areas, and the living room to receive guests, and the house by 2 lifts, one for transmission between the multiple roles of the house, and the other to enter the car to the garage interior.

Kristen Stewart In Oman For A New Film Shoot 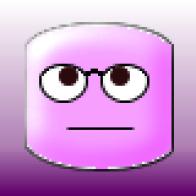 More than 500 participants at the opening of the book Exhibition...